Rush Hour is such an iconic film. I remember watching this movie as a kid in my small town in Tennessee, thinking how fucking cool it was that there is a Chinatown in an American city. I remember how even more fucking cool it was when I got my first LA apartment in Chinatown right above the dragon entrance on North Broadway. Already equipped with the knowledge of Rush Hour being filmed there, I quickly set about my journey of finding the exact shooting locations of one of my all-time favorite films.

That journey led me to the iconic Chinatown Plaza. 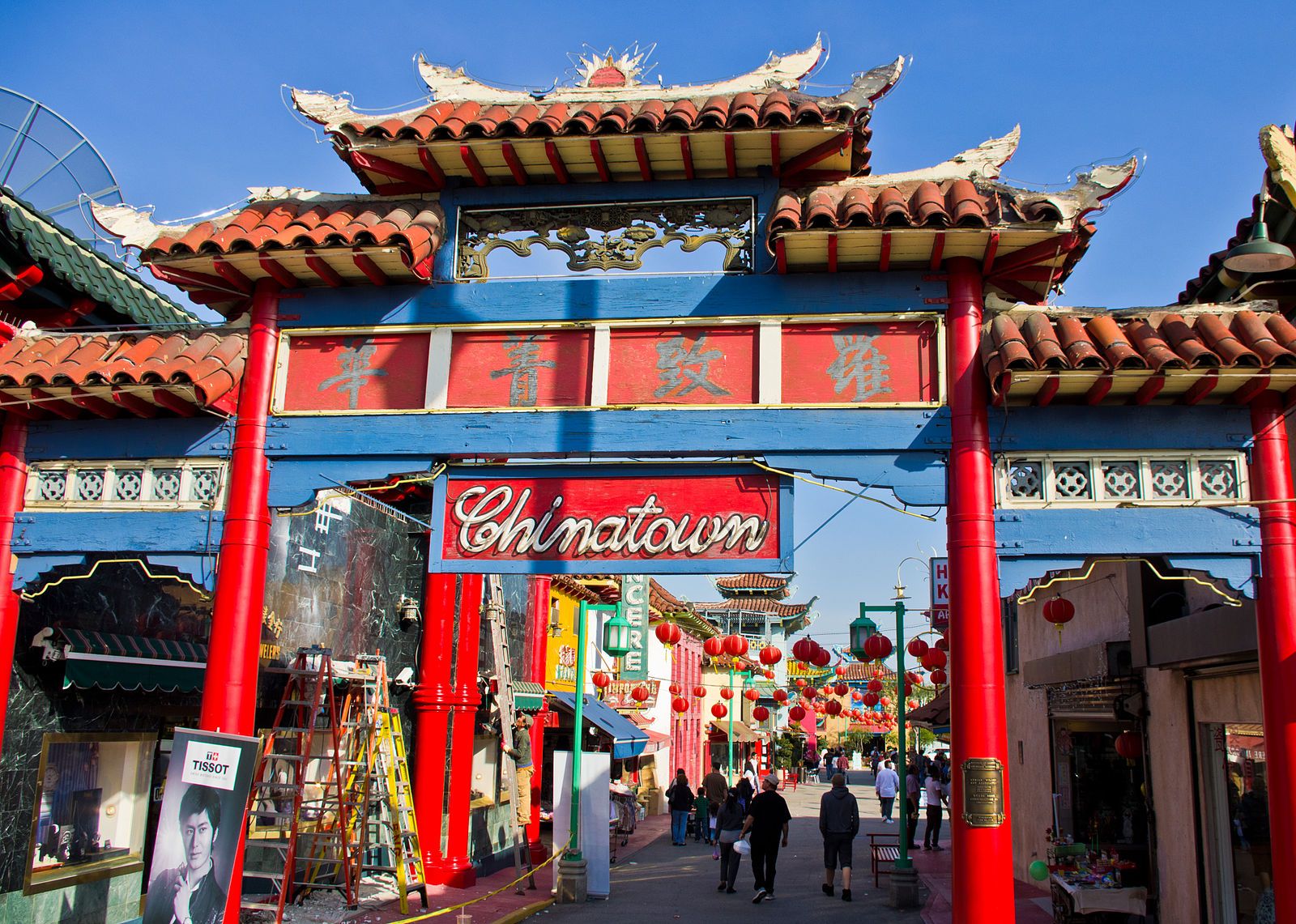 The first scene that I found was the scene where Chris Tucker and the Chinese guy got into it over “THIS IS CHINESE FOOD NOT SOUL FOOD!” followed by Chris Tucker saying “I DON’T WANT THAT GREASY SHIT, HOW YOU GONNA SELL ME A BIG BOX OF GREASE.”

The restaurant stand that Carter and Lee ordered at is long gone. We are talking about a 21 year gap here, and although Chinatown hasn’t gentrified significantly, it has still had some renovations I would presume. Look at the pictures closely and you’ll see the similarities though, such as the red yellow and white panel beneath the awning of the restaurant next door, and the entrance to Chinatown in the background.

Across Hill Street brings us to our next location from the movie, the Foo Chow restaurant.

The really, really awesome part about exploring Foo Chow is actually more than just the restaurant which has fantastic, fucking egg rolls by the way. No, the dope part is going behind the restaurant and seeing the scene where Carter was like “Is that my gun? That is my gun!”, and them limping away from the explosion only to get caught by LAPD and the FBI or CIA, I forgot. That moment we actually decided to capture.

The alleys are behind Foo Chow. I warn you now: It stinks and there is a 95% chance that there are rats back there. But the egg rolls are lovely!

Location: 949 North Hill Street. Just go behind the Foo Chow restaurant and you’ll see the alleys that Jackie Chan and Chris Tucker ran through 22 years ago, and across the street is the back entrance to the Chinatown Plaza, where to your immediate right you will find the location of the restaurant stand that Carter once argued with an old Chinese man about soul food.

Details on DeAndre Hopkins Traded to The Arizona Cardinals

The Big Baller Brand is Back and Better Than Ever

Russell Westbrook Announces He Has Tested Positive For COVID-19

Rumors of Antonio Brown To The Houston Texans Are Heating Up

Stephen Curry Will Finally Get His F.M.V.P This Season

Trade or No Trade, The Lakers Still Run The West