This music video, directed by Kid Art, carries a ton of cultural significance because it is the first collaboration between Drake and Meek Mill following their 2015 feud, which singlehandedly elevated Drake to the highest proportion of the rap game.

It’s a really well done video, sort of depicting the two rappers as haughtily dressed, professional gamblers, and boasting their braggadocios lifestyle in their fancy cars all in a REALLY dope setting.

The craziest thing about this location is that it was right under my nose and I didn’t even know it. I remember my fiancé and I were kicking it, watching music videos on youtube, and after seeing Nipsey Hussle make a cameo in the music video, it was then that I started to wonder… could this possibly be in LA?

My next step in confirming that it was indeed filmed in LA was the scene of the music video where Drake and Meek Mill crashed their cars into each other during the world’s most expensive game of chicken.

The downtown LA skyline in the background was the dead give-away. The iconic US Bank Tower, which is dead center between the two cars (which is also my favorite skyscraper in downtown Los Angeles).

Anyway, looking at the details of the interior set where they filmed, the first thing that I noticed was the dragons on the wall in the background. 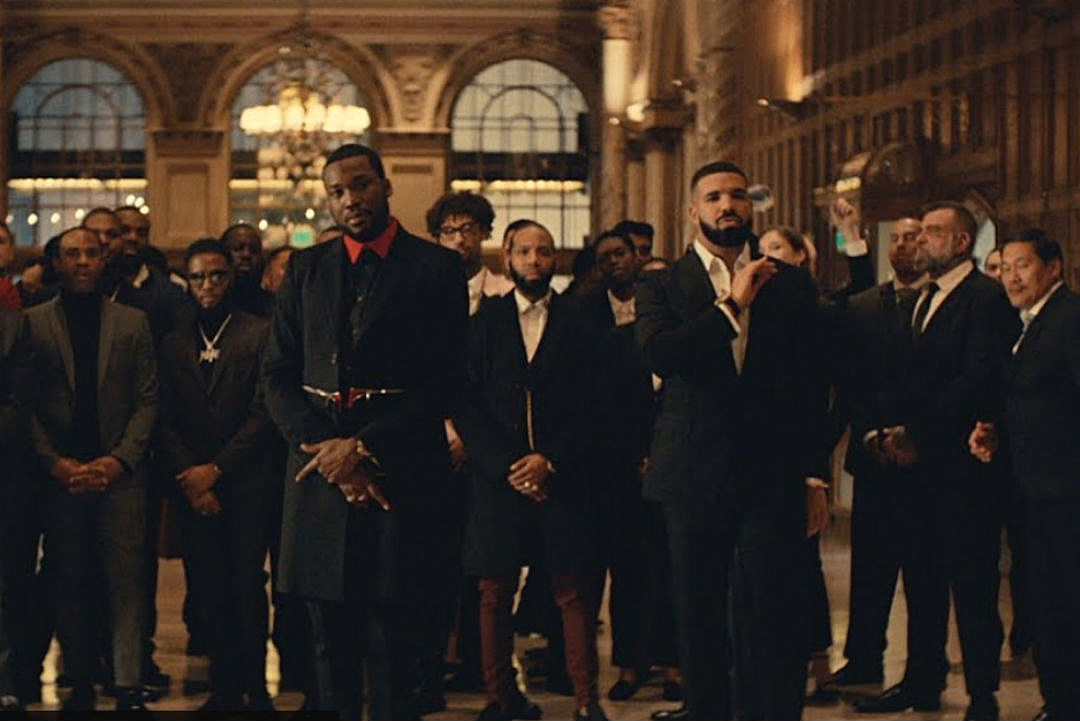 I won’t bore you with the details but an extended google search led me to my location that I believed was it. It was like 4 am in the morning by the way (yeah, I’m obsessed, pls help)  so I committed to getting up in the morning and checking out the location.

That led us to the lobby of the Millennium Biltmore Hotel. Fun Fact? This was the setting of a number of great movies, including Set It Off.

Bill Belichick: It was a privilege coaching Tom Brady

Trump: Drew Brees Shouldn’t Have Apologized for Comments on Kneeling

A Child Reportedly Tests Positive For The Coronavirus After Receiving An...